Alternative Ulster – All I Want For Christmas Is A Divorce

Lexington Field – Christmas at the Pub

The Shandrum Ceili Band – The Wind That Shakes The Barley 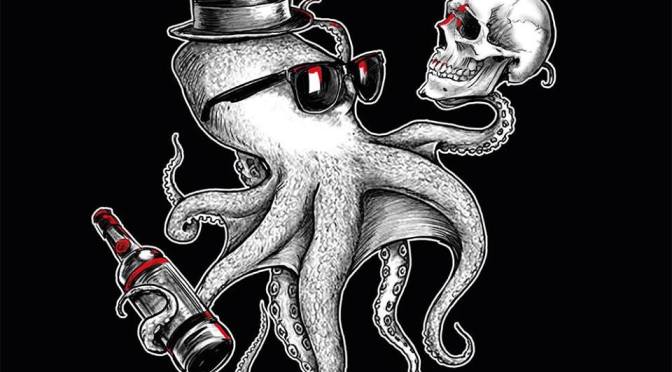 Poor Tim Finnegan, after a life of drinking the sup, brawling and chasing the shady lady he fell from that bloody ladder, struck his head and died. After the infamous wake when he was finally bloody well dead his mortal remains were tossed into Shane MacGowan’s grave and his spirit went straight to hell. But for Tim like Bon Scott hell ain’t such a bad place to be and isn’t that grand lads.

Poor ‘ol Tim Finnegan, fell off that ladder and broke his head, work up in a pine box at his own wake, but not this time on Watling Street and who ever spilt that whiskey on him wasn’t one of his nearest and dearest but a hairy looking Swede surrounded by equally mean looking Swedes. Tim Finnegan has found himself in Finnegan’s Hell and it’s Drunk, Sick And Blue.

Finnegan’s Hell are a Celtic-punk band from Sweden who have no pretense of being anything but a Celtic-punk band, they specialize in fast and raw punk sing-a-longs with a great sense of Celtic melody. Reminiscent of fellow Scandinavian’s Greenland Whalefishers and Sir Reg and to my well trained ears, New Jersey legends, The Skels.

There are lots of highlights on Drunk, Sick and Blue – The Finnegan’s ode to good child raising, Jar of Porter; the covers of Galway Races and The Molly Maguires and not to forget their ditty to benefits of drinking hard, Reverse Evolution.

A very fine, first full length, check’em out, you won’t be disappointed.