Too Cow to Punk is a 37 track digital career retrospective from original Nashville cowpunk, Pete Berwick. I’ve reviewed Pete a few times before and I’m a big fan of his stuff – if you like your country to be outlaw with a big dose of punk rock attitude and sound then Pete’s the man. I’ve said before, that Pete Berwick is the soundtrack to a honky-tonk brawl and not only has he brought the sound but he’s packing the big city knuckledusters.

Shite’n’Onions favorite Cow-punk, Pete Berwick, has just released a 45 year career spanning anthology on Shotgun Records. If you hate new Nashville county music then Pete Berwick is for you. The collection is available digitally over on bandcamp 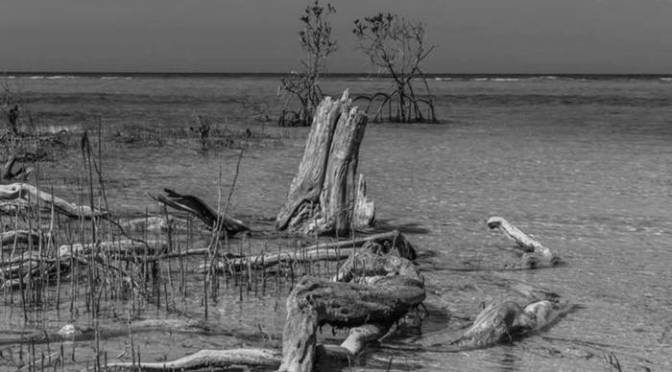 I’ve been a long time fan of Chicago’s (and formally Nashville’s) Pete Berwick’s bad attitude and cheap beer cowpunk. Island, Berwick’s sixth full length solo album in an almost 40 year career, backed by The Mugshot Saints, to these ears sounds like Pete has mellowed a wee bit. The Island is less cowpunk and more traditional outlaw country – Cash, Jennings and Haggard or even Steve Earle. While Pete’s previous albums could be described as the musical equivalent of a brawl at some rundown rural roadhouse, Island is more the older guy sitting on the porch, drinking that cheap beer and reminiscing of a life well live and battles well fought with not a single damn regret.

I was in Nashville recently, a great place to visit, a great party town and genuinely nice inhabitants……..feck I’d even consider moving there (and if I get more then an inch of snow this winter I’m so there). That said, the whole country scene in Nashville is just too rigid and lacking any soul.. Anyone think the entire country music catalog of the last 20 years sounds like a bad Bon Jovi ballad? Maybe that’s why Stephen Tyler is going country – he can do a full albums of country hits by just recycling bad Aerosmith ballads and adding a twang.

That said Pete Berwick ain’t country establishment. When the establishment put Pete on the last train outta Nashville to Chicago they ripped up the train tracks up so the Bastard wouldn’t be back.

We’re long time admirers of cowpunk originator Pete Berwick here at Shite’n’Onions for his Johnny Cash meets Johnny Rotten take on country and while Tyler Doohan is more rooted in traditional outlaw country and honky-tonk then the more punkish previous releases, in someways this makes the album even more subversive. Think the aforementioned Johnny Rotten Cash and Steve Earl at his baddest.
The Legend of Tyler Doohan is one of the finest albums I’ve heard in a long while. A tragic, gritty collect of tales of those who life has dealt a bad hand yet they keep strong. The title track Tyler Doohan is a tragic true story of an eight year boy who died trying to rescue his disabled Granddad from a fire.

Peter Berwick has been trying to live the dream for close on 30 years and the dream has taken him up and down the highway between Nashville and Chicago and every Redneck and dive bar on route – even with a stop-off on ABC’s Wife Swap where he donned a yellow chick suite but that’s another story. “Give It Time” sees Peter liquored up on cheap domestic beer and Kentucky whiskey and back in the rusty pick-up but this time he’s driving hard towards the punk clubs of Chicago where on his previous two releases (Only Bleeding & Another Day in Hell) he was cursing into Nashville. Without sounding cliched and repeating his press release he does fall between Strummer and Earle – Cowpunk at its best for those who wish Joe Strummer had more of a southern twang to his sound and Steve Earle turned it up to way past 12 – highly recommended especially is you hate canned Nashville.

Nothing remotely Irish or Celtic here. What we have is a collection of rough and tumble, low class American country tinged with punk. Kind of the musical equivalent of a bottle in the face at a red neck honky tonk joint (and the occasional red neck comedy club – check out “Busted in Kentucky” and “Road Kill Blues” ) somewhere on the highway between Chicago and Nashville. A fine follow up to 2007’s “Ain’t No Train Outta Nashville”. Standout track for me is “Vacancy in My Heart”, mostly cos it rocks hardest. Recommended for fans of Johnny Cash, Steve Earl or Springsteen at his roughest.

Chicago born Pete Berwick started out his career in the early eighties fronting various Chicago punk bands before moving south and absorbing the sounds of his adopted new home town of Nashville. Combining both the big city punk influence and the country sounds of Nashville, Berwick has made one of the best pieces of American rock’n’roll with attitude I’ve ever heard. Think Steve Earle, meets The Georgia Satellites meets Chuck Berry while the lyrics bring small town Midwest America alive very much in the way Springsteen brought working class Jersey to life. If your looking for a perfect piece of Americana then this is it.