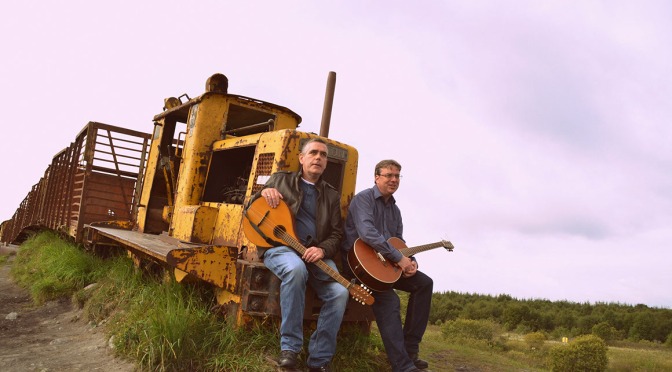 The Winter Codes, an Irish folk/punk duo featuring former Blood or Whiskey members David Walshe and Barney Murray release their long in the works debut LP, Set The Darkness Reeling, in August. The album is an emotional tribute to fallen band member Paul Walshe, who tragically passed away ten years ago. With this release, he is immortalized, and the album even features some of his expert musicianship on some of the tracks.

The album was recorded at the famous Grouse Lodge recording studio where both Flogging Molly and Michael Jackson have recorded.

We are long time fans of Barney’s here at Shite’n’Onions so we are super stroked to get new music from him after all these years.