(Shite’n’Onions) What inspired the formation of the band?
The shark hunter Quint’s rendition of the sea shanty Spanish Ladies in the film Jaws

(Shite’n’Onions) Describe your sound (and influences)?
Energetic mix of original and traditional sing-along songs, keeping the themes of audience participation and celebration at the center of the music and live performances. We’ve been compared to Flogging Molly, The Pogues, and Great Big Sea and we have been described as sea shanty punk, Irish punk, and folk punk.

(Shite’n’Onions) What going on with the band right now?
Just released the Hardtack EP (issues with limited edition authentic sailor hardtack). For the remainder of 2012, we’re performing throughout New England in support of the EP. Dates include monthly summer concerts on the Schooner Quinnipiack in New Haven, CT, and September festival appearances at Prescott Park (Portsmouth, NH) and the Working Waterfront Festival in New Bedford, MA.

(Shite’n’Onions) What song in you catalog best defines your sound (and why)?
Probably Bully in the Alley. It’s got a lot of energy, it’s a great sing-along and I never get tired of playing it. 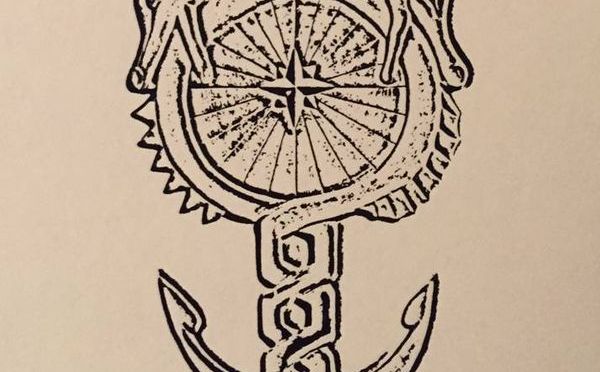 From the former whaling city of Providence, Rhode Island comes SCC with their second full length collection of raw, acoustic sea shanties and before the mast maritime fare with just enough rum and snarl to keep the punks happy. Lovers of early Pogues or Tony Duggans solo stuff will love.

I must call out the physical product. Three years in the making , Kettle Jane, is release in the form of a book of maritime art by Rhode Island based traditional and tattoo artists inspired by the songs on Kettle Jane.

Providence Rhode Island’s favorite salty dogs are back with another collection of sea shanties and maritime malarky. The 11 tracks on WHEN I GET HOME FROM ACROSS THE SEA are very much rooted in the original sea faring tradition as opposed to say the punk tradition. I can imagine that this is how these songs would have sounded back in the glory days of sail – rough and tumble but in almost perfect unison.

Sharks Come Cruisin are a Pirate/Maritime/folk-punk band from Providence, RI who play strangely enough traditional sea shanties along side a few originals. “A Past We Forget That We Need To Know” is the SCC third release and surprisingly the first I’ve heard since these guys are based just an hour or so down 95 from the Shite’n’Onions world headquarters.

What we have here is unashamedly arm-in-arm, peg legged, rum drinking, all sing along together, high seas good times all (and on glorious yellow vinyl). And if you don’t like it, you’re a land luving scurvy dog who deserves to walk the plank and be eaten by the fishes!