Lift Your Head Up, is the latest full length CD release from Texas based, Scottish born and raised folkster, Hugh Morrison. Some of you will know Hugh’s work with long running Celtic-rock band, Murder the Stout as well as from being a touring member of the Street Dogs.

Lift Your Head Up, is contemporary folk, influenced by both the Celtic nations and Americana. The songs on Lift Your Head Up are  pretty laid back and mellow with a strong sense of melody and touching lyrics. 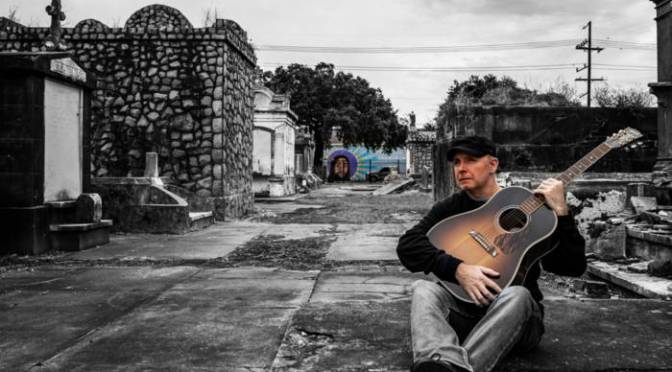 A bit of class here from Scottish troubadour Hugh Morrison. Some of you may know Hugh from Texas Celtic-folk rockers Murder the Stout or his long standing collaboration with the Street Dogs. The Other Side sees Hugh take his interpretation of the Scottish tradition on a road trip from his base in Texas to The Big Easy picking up the sounds of New Orleans and south Louisiana along the way – Cajun fiddle, horn and lap steel guitar – then blending them into his original Celtic folk-rock.  Like I said class here – a lot of it.

I remember reviewing a Murder The Stout album a few years back – rock solid Scottish and Irish ballad standards. In subsequent years, Hugh Morrison the Scottish born, Texas based vocalist and accordion player has cropped up on various Street Dogs tracks adding a Celtic touch to their street punk as will as becoming a touring member of the group. Well here the Street Dogs return the favor with Street Dog Johnny Rioux listed as a full band member and Street Dog Mike McColgan’s Boston accent going toe to toe with Morrison’s Scottish.  The music still remains rooted in the Scottish/Irish ballad tradition but now with just a touch more punk’n’roll. Murder The Street Dog’s anyone?

On Robert Burns Rocks, Hugh presents us with a collection of tradition Scottish ballads – heavy on the accordion with the gruff vocals of Hugh supported by both members of Murder the Stout and the guitar of Johnny Rioux of The Street Dogs (Hugh has played and toured with The Street Dogs). In summary,Robert Burns Rocks is a folk-rock kick up the arse to the Scottish ballad tradition from a pair of size 11 Doc Martins.

Texas based Murder the Stout play are a self described “Progressive Celtic Music” group comprised of a Scott, an Irish Man and 3 Texans with “Imported” being their debut release of twenty traditional and contemporary Celtic standards squished into thirteen tracks. I’d describe MTS as a high-energy, straight ahead trad. group, like the Clancy Brothers on Redbull.

Probably the best endorsement I can give for “Imported” is that when I had a Paddy’s Day party for the family this year, “Imported” was heavily played – the perfect Paddy’s Day CD when you don’t want to scare the very old or very young yet want to be entertained yourself.