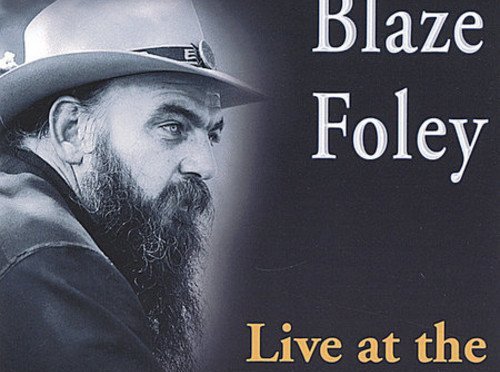 I’ve been listening to a lot of old Outlaw Country recently, especially Steve Earle, Towns Van Zandt and through them I discovered this gentleman, Blaze Foley, probably the most authentic outlaw of them all. Live at the Austin Outhouse is a limited edition RSD release of a recording of one of Foley’s last live shows – recorded in 1989, 3 months before he was shot dead. The recording was originally supposed to have been a fundraiser for the homeless in Austin but the then cassette only release ended up being used to raise funds to have Foley’s body freed from the undertakes and to give him a decent burial. Bad luck, bad behavior and an unwillingness to ever compromise ment Foley was pretty much unknown outside the Austin bar scene (where he was pretty much banned from most of the venues in the city – the Austin Outhouse had just let him start playing again). His legend has grown in his death primarily due to the absolute strength of his songwriting – John Prine and Tim Barry have both covered his masterpiece Clay Pigeons, while Towns Van Zant and Lucinda Williams both recorded tributes to Blaze. This is the absolute real deal and not that bad Bon Jovi ballad like shite that Nashville brands as country music these days. For more on Blaze checkout Ethan Hawks biopic of Foley or the documentary Duct Tape Messiah.