Brother’s Pat, John & Tommy McManus grew up playing Traditional Irish in rural Ireland almost unaware of rock music. That changed one night when they went to check out a Horselips gig. Horselips were the first band to combine traditional Irish music and rock into one powerful sound. So impressed were the brothers that they formed their own power trio rock band Mama’s Boys. The brothers released eight albums as Mama’s Boys and toured the world over their fourteen years together with varying levels of success. Sadly youngest brother Tommy died in 1994 from leukemia and Pat and John called it a day. On the first anniversary of Tommy’s death, John picked up the low whistle and composed the instrumental track ‘Brother’s Lament’ in memory of Tommy. He played it to Pat who loved it and they started to play some Irish music purely for fun. Out of this Celtus was born. Celtus infuse folk, rock and roots styles to create some of the most uplifting original music heard in the last few years. Their latest CD ‘What Goes Around’ has just been released in the UK. Thanks to Lindy Benson for getting these questions to John (and John for taking the time to answer’em).

(S’n’O) The Celtus sound has been a radical departure from the hard rock of Mamas Boys how did this style come about ?

(John McManus) “When Tommy (our youngest brother) died, and Mama’s Boys folded, we weren’t sure if we’d ever do another album. Things could never be the same without Tommy.. After a year, Pat & I got back together and we wanted to do something different. Because we grew up playing Irish music, we wanted to return to the instruments we had neglected, like the low whistle and fiddle – and try to fuse together the Celtic ‘feel’ and also draw on our rock background. It really came quite easily.”

(S’n’O) What type of reaction have you had from the hardcore Mamas Boys fans to the changes and were you able to convert them?

(John McManus) “It’s only by chance that old Mama’s Boys fans know we have a new band called Celtus as it’s been on several websites. So far, no complaints! It’s amazing how many turn up to our shows!”

(S’n’O) Being base in the UK have you noticed a more favorable acceptance of music with Irish overtone then say 15 years ago and if so what do you attribute this to? (I remember criticism of Mamas Boys for using a fiddle by the music press).

(John McManus) “Riverdance, and the Corrs, I suppose.”

(S’n’O) What are you memories of the Mamas Boys days if you could re-live the last 20 years would there have been a Mamas Boys or would you have just gone and formed Celtus?

(John McManus) “Memories? They were all good – especially our tours in America that were so exciting! I think Mama’s Boys, being the 3 brothers, and being so in love with rock music, I would do the Mama’s Boys thing all over again.”

(S’n’O) Of all the song you’ve written over the last 20 years what’s your personal favorite?

(John McManus) “From Mama’s Boys it would have to be ‘Needle In The Groove.’ From the Celtus collection, I’d have to say ‘Cathedral’ from the ‘Portrait’ album”.

(S’n’O) I notice you have left Sony UK to go to an independent label. How is the new label working out?

(John McManus) “We licensed both ‘Live 2000’ and ‘What Goes Around’ to Evangeline – so they basically act as a distributor. Sony only ever released ‘Moonchild’ and ‘Portrait’ in the UK and Ireland. Evangeline have released world-wide which is much better as our music can be obtained by a lot more fans.”

(S’n’O) Finally do Celtus have any plans to tour/play in the USA in the near future (or have their CDs released here)?

(John McManus) “No plans yet to tour in the US. Any promoters out there that want us over? We’d be there like a shot! The ‘Live 2000’ CD and the new studio album ‘What Goes Around’ was released in the US at the end of February 2001. I know both can be bought from CD Warehouse (Media Valley/DNA distribution) and also over the internet on: CDNow, CDconnection, and CDquest. Please DO check out our website: http://www.folking.com/celtus as we love reading the messages from our fans – especially the ones from America.” 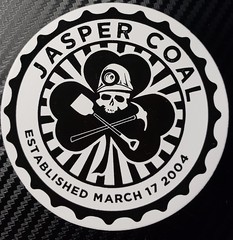