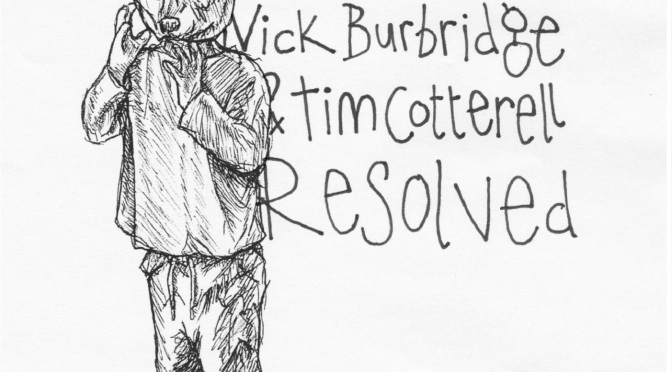 Resolved is the second outing of the partnership between McDermott’s Two Hours signer, songwriter (as well as novelist, poet, playwright and general smart guy) Nick Burbridge and fiddler, multi-instrumentalist and producer Tim Cotterell
(also of Scot’s Celtic-rockers The Electrics). Like the duo’s first outing, Gathered, Resolved is not an immediate collection of music in anyway but worth (well worth) the investment. Beautiful poetic lyrics of ordinary lives livedm, overlaid with sparse and haunting Celtic melodies in a Dylan meets Planxty style. The main songs on the album are inter-spaced with Tankas – short poems in Japanese style (had to look that up!). Check out a couple of samples from Resolved below and give’em a few listens.