Rolling Sound the latest release by Aussie band The Go Set is an album you need to buy twice, not just because its another slab of fineness from one of the most consistently great bands on the whole Celtic-punk scene. In fact, I would say it’s my favorite Go Set collection with the exception of the Sing a Song of Revolution (and if they pulled Back in Black 2 outta their collective arses Sing a Song of Revolution would still top it for me). So why buy it twice? Well once so you can get it on glorious splatter green vinyl and twice cos the CD version comes with a DVD of These Are The Days a full length highly professional documentary on the band and realities of a DIY band touring the world and making music on their terms. 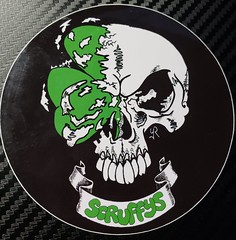